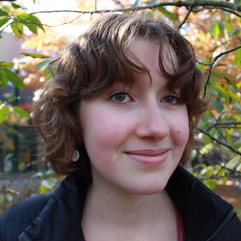 This conversation was conducted, transcribed, and edited by Sadie Bograd, who also wrote the introduction. Sadie is a junior at Paul Laurence Dunbar High School in Lexington, Kentucky, and the editor-in-chief of the Student Voice Forum, a publication of the Prichard Committee Student Voice Team, a student-led Kentucky education advocacy organization.

This piece is part of a series on the #TestOptionalNOW campaign. For more information, visit Student Voice’s website or sign the petition.

With graduation and prom likely canceled and classes moved online, students are facing a spring semester that looks very different from that of a few months ago.

But for many students, even more troubling than this pandemic’s effects on their present are its implications for their future. The coronavirus has led the College Board and ACT, Inc., which administer the SAT and ACT, respectively, to cancel test administrations until at least June. This has led upwards of a million students to miss test dates, with seventy percent of those missing free, in-school exams. The COVID-19 pandemic already disproportionately impacts our most vulnerable communities – the cancellation of these tests simply adds another layer of difficulty for students who may lack the finances or transportation to take a paid test outside of school hours. These problems are often especially pressing in rural areas, where poverty rates tend to be higher, commutes longer, and medical services less accessible. They also represent a significant challenge to recent efforts to make postsecondary education more accessible for rural and first-generation students.

The inequities compounded by this pandemic will require long-term policy solutions. But there is one simple step colleges and universities can take to reduce the burden placed upon the students who already face barriers in their quest to attain a postsecondary education. By going test-optional for the Fall 2020 admission cycle, educational institutions acknowledge that many students’ plans have been upended by this crisis, and that students should not be put at fault for a situation entirely outside of their control.

These test cancellations have affected different students and different regions in a myriad of different ways. To learn more about the range of experiences informing the test-optional movement, I met virtually with students from across the state of Kentucky, including in many rural counties, to hear their diverse opinions about the test-optional movement, and the havoc this pandemic has wreaked on their plans for college. Although their experiences differed, they were all united in their conviction that college and universities need to go #TestOptionalNOW.

The following conversation has been lightly edited for length and clarity.

Emanuelle (junior, Fayette County): I didn’t take [the March 10 ACT] because I was supposed to take it after, and then we were out of school.

Sammy (junior, Bath County): For me, definitely. I had planned on taking it in June before college applications and stuff, but I don’t know.

Autumn (junior, Kenton County): I was too. I kind of started late. So I was planning on taking it this summer and this fall to bring my score up, and now it’s a little bit more stressful.

Peyton (junior, Fleming County): I would say I’ve kind of run my race with the ACT. I took it a lot sophomore and junior year. So for me, I’m not, but I’m more concerned about those people that did miss that ACT test and for people that may have started late sophomore year, early junior year, and are really trying to get their score up now.

In general, how do you feel about the emphasis that’s placed on standardized tests, both in the college application process and in high schools?

Peyton: I am anti-test. I hate tests. This is the only thing that I’m truly pessimistic about. I hate tests, and I don’t think that they justify how you are going to do in college. What justifies how you’re going to do in college is your social adaptation to it, your ability to make connections with your professors and with students in your classes, and your hard work ethic. A test does not define who you are.

ViAsia (senior, Hardin County): I agree with that. I don’t have the highest ACT or anything, but I got to do early college, and I’m still at the top of my class. It sucks that my ACT score is really bringing down scholarships and other opportunities to pay for college. I’m still a four point something GPA and I’m doing perfectly fine, no matter what my ACT score is.

Lexie (junior, Boone County): I agree with that, too. They put such an emphasis on it. I’ve always felt belittled by people that do better than me on [the ACT] because they get more recognition than kids that don’t do as well but are still super involved. You know, all of us are student leaders. So it just gets really frustrating because we’re putting a lot of time and energy into something really great, and then we don’t get the recognition because we don’t have his grades and ACT score.

Gabriella (junior, Fayette County): It’s not a test of information, it’s a test of test-taking skills. Every year we see random seventh graders get weirdly high scores. They’re clearly not ready for college, but based on their ACT score, it looks like they are. It’s like, why is that random kid ready for college, but someone like Peyton or ViAsia who is obviously more than prepared is considered ineligible for scholarship money just because of something that tests how well you can pick a multiple choice answer?

Peyton: I think GPA defines you so much better. It looks at your work ethic.

Sammy: There’s even differences financially.  Some friends of mine can afford to have one-on-one tutoring, and I’m not as fortunate; I can’t have that. It often costs hundreds of dollars often to do that kind of stuff. So it gives an unfair advantage to people that have more money.

To play devil’s advocate for a second: some universities say that GPA can be different based on your school, and they can’t tell how lenient of a grader your teacher is or how difficult those classes have been. What do you say to the argument that GPA isn’t really as standard of a metric and isn’t as useful for schools?

ViAsia: I kind of agree with that because at my school, the rankings are not based on higher level classes or anything, it’s just based on the overall unweighted GPA. But I guess you can really look at it by what type of classes they’re taking, if they’re taking the highest level courses that are offered. That really shows if they’re actually working and ready for college.

Emanuelle: There are also ways that schools have combated that. There are some schools that ask for an essay with teacher comments on it, so they’re evaluating not only what score you got on the essay, but also what kind of rigor your teacher was looking for. I think they can get creative.

Gabriella: Even as an imperfect comparative measure, when you look at direct data about how students end up doing in college based on various metrics from high school, GPA can predict about 40% of how you do in college. That’s the most we see out of any metric – test scores are I think 20, 25%. It’s not nothing, but it’s clearly not as good of a predictor as GPA. And that’s with the imperfect system that GPA is.

A lot of schools, even if they’re test-optional, still use test scores for things like awarding financial aid. How do you feel about that process and the prospect for change there?

Peyton: A lot of us are juniors, so I’d say several of us have applied for the Governor’s Scholars Program. But you have to have a certain ACT score in order to use that scholarship at certain colleges. Like for UK, it’s up in the 30s. I will never be getting a 31 on my ACT. So if you are good enough and involved enough and have enough service to get into the Governor’s Scholars Program, then you should be able to get that scholarship.

ViAsia: It was a huge factor with the college application process. I had to see who was going to give me more money, no matter what my ACT score was.

Peyton: And I think that the ACT is going to become a lot less equitable in September, when you are able to retake sections of the test. I don’t know what the outcome of it is. I’ll probably retake reading, just because we’re having problems with that one. For a lot of kids, the reason why their science score is kind of suffering is because it’s the last [section] and they’re exhausted mentally. Now they can just take science. I’m grateful for the situation, don’t get me wrong, but I think it’s going to be a lot less equitable.

Autumn: I’m a bit concerned because of people who have spent a lot of time and money on tutors and gotten their score pretty high and are getting money for it. I feel like they might feel a little bit cheated if that goes away and colleges don’t acknowledge that work. GPA is a better way to show your work ethic, but you can also put work into the ACT, and I don’t want to discredit that.

What would you say to admissions officers or university leadership that are resisting going test-optional for the upcoming admission cycle?

Lexie: I personally would tell them that scores have been important for a very long time. But colleges are getting around to the idea that, hey, maybe this doesn’t define a student and maybe there’s more to a student than just their score. I think what we’re doing right now and how we apply our time in high school matters a lot more than how I do on a test.

Gabriella: You know, I think colleges and universities know that standardized tests are not a valid metric for student success. And they’ve known that since standardized tests were created. It’s not something that’s come up since coronavirus, or in the last couple of years. It’s just that that’s what’s easier. It’s easier to plug a 24 ACT and 3.8 GPA into a calculator and see how much money you get, or whether or not a kid’s admitted, than to look at a student holistically. But we know that the easier thing to do is almost never, when it comes to equity policies at least, the right thing to do, nor is it really the reasonable thing to do. Given how much universities have started emphasizing accessible education, I think it’s outdated to keep using test scores when we know they’re not the way to do that.

Peyton: Some schools have already gone test-optional, like Western [Kentucky University]. I want to see how they are doing it and how that can influence other schools as well.

Are you hopeful that this movement will encourage schools to go test-optional long-term?

Lexie: I’m hoping that for the colleges that do decide to go test-optional for this year, they’ll notice how we’re no different from the past classes. Like we’re just as successful. And I’m hoping they’ll realize that, like, it didn’t change much with the admission process.

Sammy: Colleges are probably going to be like, “Well, this time we’ll make it test-optional,” and then they’ll be like, “Wait, the world didn’t end when we did that,” and they might do it again.