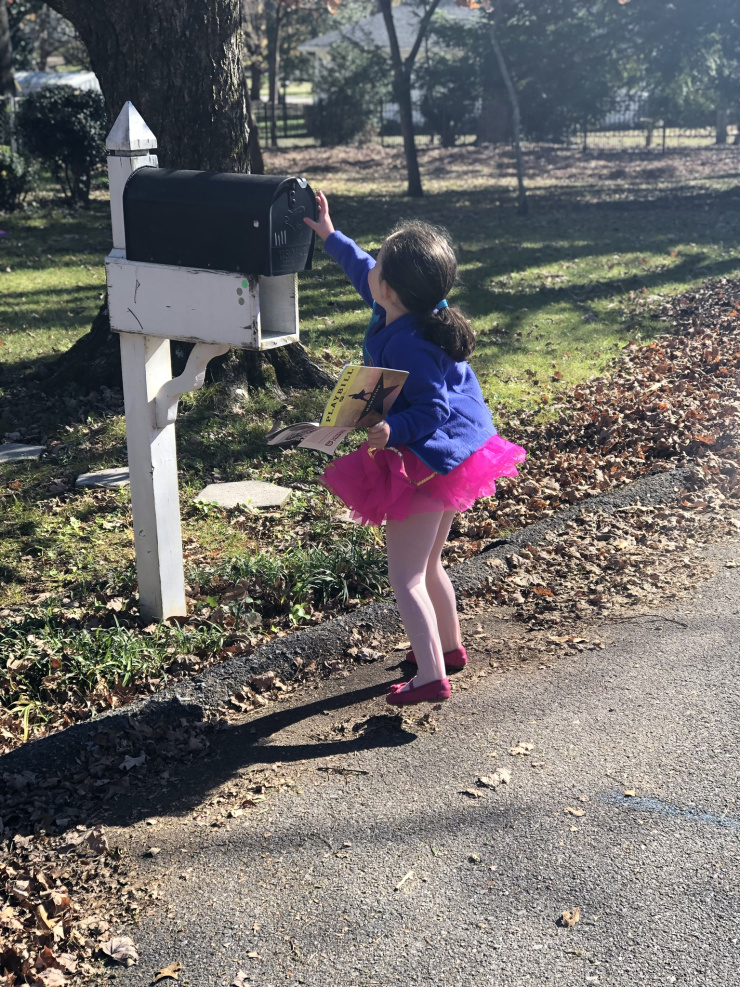 I’ve collected all the letters and notes we’ve received during this time of COVID-19.

Coe-COVID correspondence is tucked safely in a gallon plastic bag in hopes that one day we’ll look back on this remarkable time with wonder that we relied not on Zoom or Facebook, but on much older communications technology to pull us through.

I sincerely hope we won’t look back on this time lamenting the loss of the United States Postal Service (USPS), which is now on the edge of collapse.

As stimulus bills continue to make their way through Congress, I would encourage all of us to raise our voices in support of the most popular government institution in the nation. According to an April 9 poll conducted by The Pew Research Center, 91% of respondents have a favorable view of the USPS — higher than any other federal agency.

COVID-19 reveals the horrific and the superfluous aspects of our society, but it also reveals the trustworthy and the essential. I offer again my plea (from August 2018) to preserve that which is good:

“A few days ago, I noticed our mailbox flag was up. I didn’t remember posting a letter, so I checked the box and discovered a jumble of leaves inside, along with some sticks and a rock resting in the center.

This had to be the work of my almost-5-year-old daughter. When I asked her, she proudly admitted to leaving our mailman ‘gifts from our yard.’

This led to a fairly deep conversation about the United States Postal Service.

“That was a really kind thought, I told her. At a symbolic level, I explained, the USPS represents another line of connection to our democratic values and heritage — no matter who you are, no matter your age or background or citizenship status — if you have an address, USPS will stop for you.

Maybe that’s a bit much for a 5-year-old, but Susannah isn’t one to abandon conversation, so she pressed on.

“I just wanted to give our mailman something,’ she said.

And why not celebrate the USPS? It’s been around in multiple incarnations for more than two centuries, with Benjamin Franklin serving as its first postmaster general.

Created by our founders within a year of the signing of the Declaration of Independence, the ‘Post Office Department’ was deemed essential to the safe passage of letters during the Revolutionary War. From there, its historic trajectory reflects the indomitable spirit of the American experiment, persisting through the Civil War, economic crashes, whiplash politics and great migrations of families across the country.

Even now, the USPS is the last stop for delivering mail to the hardest-to-reach rural areas and communities in the U.S. Companies like Amazon enlist USPS carriers to serve the deepest hollers and the highest summits. They bring letters, packages and human connection, no matter who your mama is.

One of my favorite pieces of trivia about USPS is that in the 1930s and ’40s, the federal government funded public art installations in post offices across the country to boost morale in the face of the Great Depression. One such mural can still be admired in the Sweetwater Post Office.

A good friend of mine told me recently that she takes every opportunity to do her business at the post office, so she can see the mural.

While it’s no secret that our U.S. Postal Service is facing some tough fiscal challenges, especially over the last decade, it is also true that those of us with a mailbox regard mail service as a fundamental part of a communal life. It is one of the few public institutions we depend upon to stay true, to fulfill our human need for communication and connection, to bind neighbors together via the mail route and post office, and to acknowledge our existence through collection and delivery of our mail.

As the current administration builds a case for privatizing the USPS, my hope is that we’ll all feel called to weigh in with examples and reflections about what this particular public institution means to us.

I’m grateful to my youngest for calling me to reflection with her ‘gifts from our yard.’ Her instinct was reciprocity — to show her gratitude by giving back to the mailman.

That is what active citizenship feels like, too, I think — a desire to give back and shore up the things that make us feel valued and connected.

And that glow of giving back is akin to the warmth of receiving a letter (or a book from Dolly’s Imagination Library) addressed just to you, proclaiming that you exist, and you matter to the whole because the U.S. Postal Service says so.”