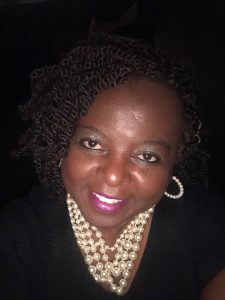 Mable Starks is a consultant with pro-consulting Inc. Previously, she has served as director of North Tulsa YWCA in Oklahoma, Director of Employment and Training for Westhab Inc., Superintendant of Liberty Faith Country Day School in the Poconos, Director of the YouthBuild program for 7 years, and President/CEO of Mississippi Action for Community Education Inc.

Mable’s passion for working with young people can be traced back to her pre-professional days.  Whether she was tutoring young men in her neighborhood, providing informal mentorship, or being part of the campus student body at Mississippi Valley State University, Mable has always been on a path to help young people reach their full potential.  Her philosophy is “people will rise to the height of hope and expectations if they are presented with the tools and opportunity.”

Mable has been featured and a regular contributor in several media platforms: The Aspen Ideas magazine, LISC publications and speaking platforms, Aspen Community Forum, Delta Magazine, and the Delta Democrat Times. Mable can be contacted at proconsulting118@gmail.com.

February is commonly referred to as ‘Black History month,’ a reference I have always been puzzled by. Growing up in the poor rural Mississippi Delta , I was surrounded by black history makers 365 days a year. Every month was black history month.  As Big-mama would often say, “if you made it through, you made history.”  Even as a child I knew I was in the presence of great, strong, creative, resilient people who had no choice but to fight daily to make life better for themselves, their families, and their communities.

My career after college started in New York where I worked for non-profit organizations dedicated to helping people become self-sustainable. My calling was serving people and the communities they belonged to.  Yet, I hoped that one-day I would have the opportunity to move back to the Mississippi Delta and serve my community.  Twenty years later that opportunity presented itself.  The place I returned too was vastly different from the community I had left. What was once a thriving community now felt like a ghost town. The community was trying to survive in spite of being faced with economic down-turn.  Manufacturing companies were taking their operations overseas and cotton was no longer king. A city that was once called the Queen City was now struggling to find economic resources for its residents, public school education, and infrastructure. Despite all this, the ripe history and culture of the Deep South continues to thrive and live on in the residents that still call this place home.

I want to focus today on the  region’s greatest resource: its people. In particular, I want to highlight the invisible group whose voice and power is often ignored: young people, particularly those who have been counted out because they didn’t fit the normal narrative of what a path to success looks like.

I have had the honor to meet and serve many resilient, creative, intelligent young people who have faced tremendous adversities. Yet they still forge ahead expecting, demanding, and often creating new opportunities for themselves, their community, and their families.

I would like to share the journeys of a couple of these incredible young people who took control of their lives, wrote their own narratives, and emerged from obscurity into the light of the American Dream.

The world’s narrative: “Just another black teenage girl having babies on government assistance.”
Ro’s narrative: “I am a strong young black woman; I can do anything I set my mind to.”

Ro came to us at 19 years of age as a single mother of three, living alone, and without a high school diploma. Ro’s greatest assets are her tenacity, determination, and her ability to recognize her strengths and weakness.  She never complained about her challenges and rarely asked for assistance.  Ro lived more than five miles from the program.  Every morning she would load her children into a twin stroller, drop them off at daycare and make her way to the program on time. Ro recognized that attaining her GED was not as quick and easy as it appeared to be for some of her other classmates. So, she committed to taking every moment of free time to spend in preparation for the test. After three attempts, Ro passed the test. After graduating, she landed a job as a server in a local restaurant that allowed her the flexibility she needed as a single mom. She was such a valuable asset to the company that she was quickly promoted to manager. Ro was trusted with everything from managing employees to handing to company’s banking.  Ro went on to get here CNA and is planning to get her nursing license. Ro now lives in Arizona with her husband, another successful program graduate. They just purchased their first home and their children are excelling in school.

Mr. D’s Narrative: “I am intelligent, and I will be successful”

Mr. D came to us one week after serving a four- year sentence.  He was 20 years old, no children, and living in a halfway house not fit for human residence.  Mr. D, an avid reader, passed the GED test on the first try and scored very high on the ACT test.  Mr. D was offered an opportunity by the mayor to work for the city. In this work, he was revered as a great employee, later becoming a supervisor. 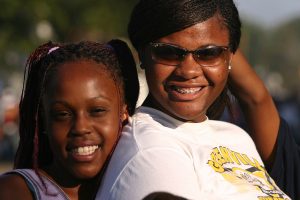 Ro, Mr. D, and many other students were invisible in their communities. Their narratives had been written by individuals who had chosen to ignore and discard them. These resilient students just needed to be given an opportunity. They needed assistance, people and resources available to them as they navigated through life, education, and employment systems.

Rural communities are struggling daily to pull together resources to make sure young people are not lost in the fight. Despite the fact that some of the most brilliant minds come from these communities, rural places too often are first in everything that is bad, and last in everything that is good. In rural America we have to make-up or make-do in order to survive.  This crude method of life often results in some things- and people- being left behind.  If we are ever to be an inclusive nation, we have to own every part of this America. All places are important to the fabric and successfulness of this great country.

We will continue to press forward.  We will continue to train-up our young people to use their voices and speak for those in our communities who cannot speak for themselves.  We are not asking for a hand out, but a hand up. We want equal justice, resources, and consideration when it comes to funding, resources, and situations that affect affect Rural and Native communities.

*(For the sake of their privacy, the student’s names have been changed.)