Presented by The Rural Assembly | Conceived and Curated by Xandr Brown

Free Hill was a community of free Black residents established in the 1850s in Athens, Tennessee. For nearly a century, Free Hill sustained a mainly Black population until urban renewal drove out the families who called it home. The project, known as The Graham Street urban renewal project, displaced those families to allow for the expansion of Tennessee Wesleyan College, now known as Tennessee Wesleyan University.

For Free Hill to be taken from us ... that was like taking a piece of our lives because we grew up in a safe haven.

They recall their childhoods there —and how they came to leave.

Cynthia McCowan also shares her story of learning the Free Hill story and her work to preserve it.

It has always been easier in this country to eliminate the black neighborhood first.

I think Free Hill would give the rest of this community, if we got to the bottom of it, a true sense of pride.

.. the truth needs to be told of where that plaque should be going: on Free Hill, not up here behind a municipal building because that was not Free Hill and nobody really wanted to face the truth.

It's always there in your mind, your identity, where you came from.

Today, a Tennessee Wesleyan sports practice field and a YMCA sit where Free Hill once stood. Though a historical marker was placed on the site, former residents are working to create a new marker that more fully tells the Free Hill story.

The world needs to know that Free Hill is still alive. They did not destroy us. 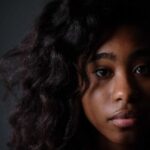 About the artist: Xandr Brown is currently a multimedia producer with the Center for Rural Strategies. In 2018, she graduated from the University of Rochester in upstate New York with a BA in History and Communications with a minor in Environmental Humanities. Before reporting for the Daily Yonder she previously reported with hyperlocal newsrooms in Flint, Michigan. While trained as a journalist, she aspires to continue to do community engaged, multimedia exhibits based in the intersection of oral history, ethnography, and documentary.

“…the Negro is a sort of seventh son, born with a veil, and gifted with second-sight in this American world,—a world which yields him no true self-consciousness, but only lets him see himself through the revelation of the other world.”
—W.E.B. DuBois, The Souls of Black Folk

I use multimedia presentations as a way to create a chamber of memory that can be visited  and revisited. They serve to encapsulate local, witnessed events that are excluded by formal accounts of history. Though Free Hill has no single theory of origin, the fact that it is gone is fixed in the hearts of the few remaining people that grew up there.

My work is community-informed, relying on their individual recollections and experiences of a place that no longer exists.

The reality of Free Hill is a story of what it means to have, but never own, to own but never keep. Here, I explore the relationship between place, personal memory, and identity as a way to challenge collective assumptions about democracy, freedom, and equality.

In places like Free Hill, it was not enough to live in a self-contained and sustained community where basic needs were met, because it was not considered equal to what lay outside of it. Urban renewal was a structural antidote for communities across the country that championed clearing out inequality by removing blight. Families that lived in the Free Hill area were displaced after phases of urban renewal, spearheaded by the City of Athens, which demolished their homes in the 60’s and 70’s to the benefit of Tennessee Wesleyan University. For the subjects of this exhibition, they recall moving away or spending the rest of their childhood growing up in the projects called Hillcrest apartments. This occurred against the backdrop of what some consider the peak of reaped benefits from the Civil Rights Movement, where integration and equality were the political hopes of the day.Through portraiture, video, and oral accounts, my work illustrates the way historical phenomena don’t happen beyond us; rather they occur in the things we heard, what we felt, what we didn’t understand, and what we try so desperately to never forget.

Let us know what you’re thinking about the exhibit through this short survey. 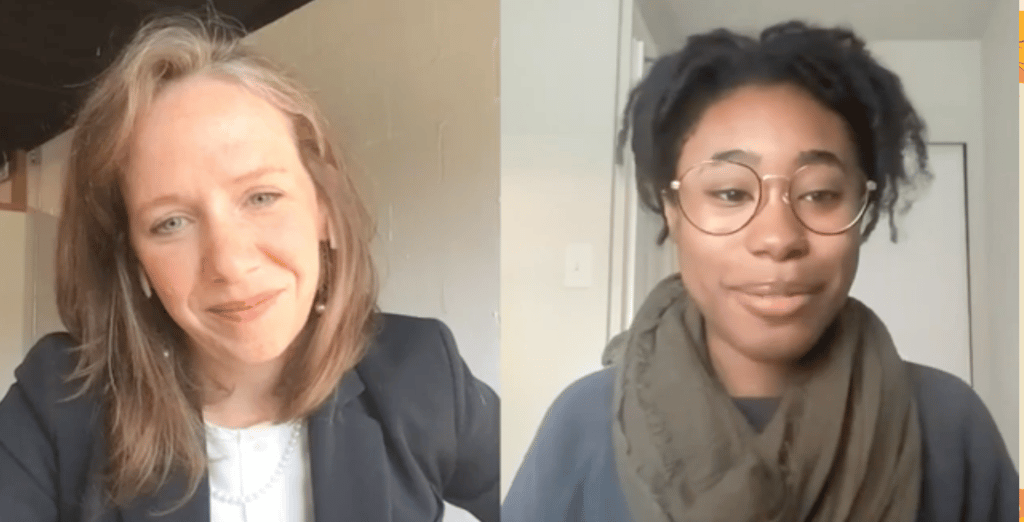 Xandr Brown talks about making the exhibit on this episode of Everywhere Radio, the Rural Assembly podcast.  Listen to full conversation … . 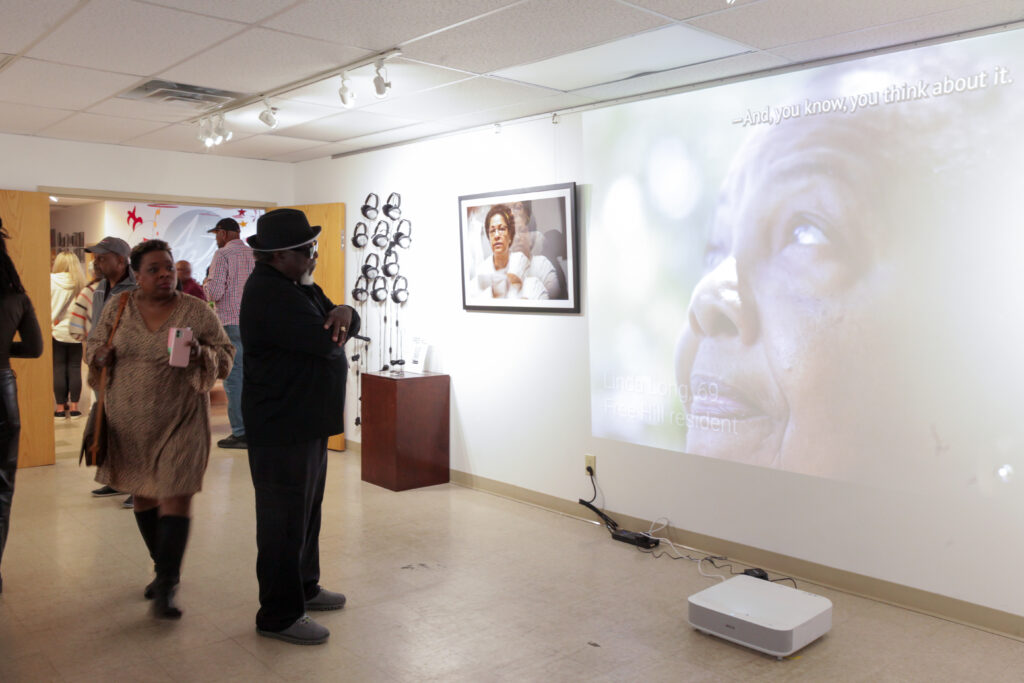 See the exhibit in person at The Athens Area Council for the Arts through Dec. 12. Learn more … 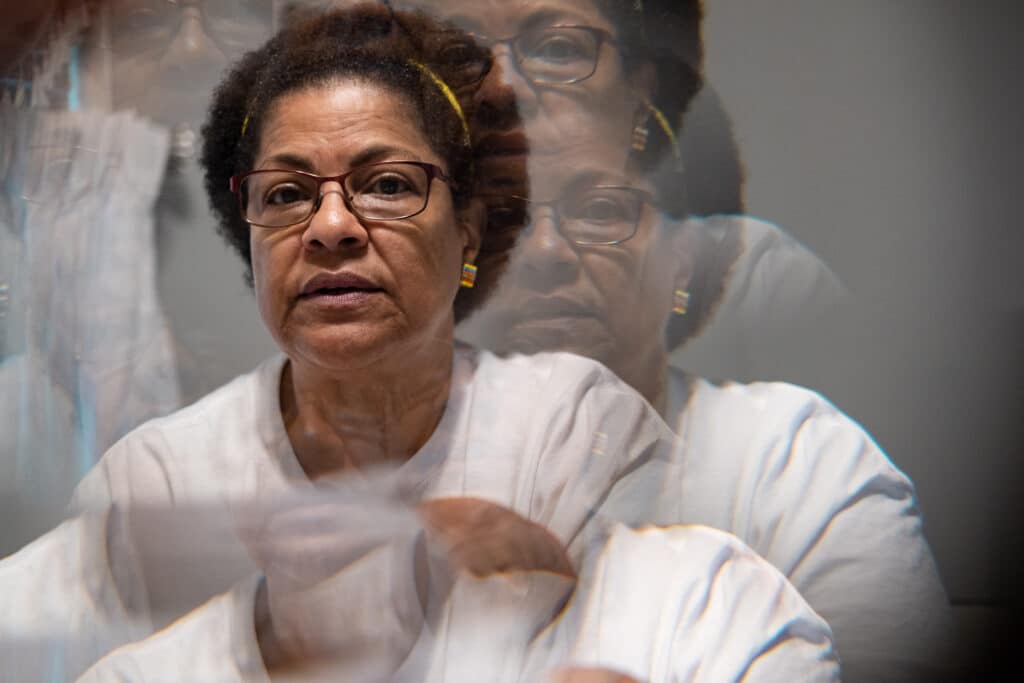 Cynthia McCowan talks about her research into the history of Free Hill: “It was all Black, all family, all love …”  Listen to the conversation.

Keep up with Rural Assembly