Jessica Tellez is an Education Pioneers Impact Fellow where she works to create opportunity and equity for students that need it most. Jessica brings 7+ years of youth-development experience, most recently at YouthBuild USA, where she managed education and workforce initiatives which developed the academic, work-readiness, and leadership skills within Opportunity Youth. Jessica has served as an AmeriCorps VISTA and was selected as a Latinos for Education Aspiring Latino Leader Fellow. She is a proud first-generation college graduate, holding a B.A. in Political Science from the University of Texas at El Paso. 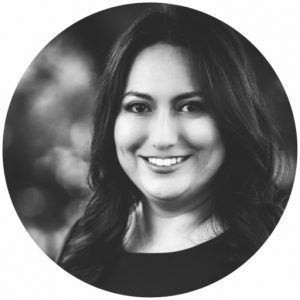 Nepantla is the Nahuatl word for tierra entremedio – the land in-between.  This ancient Aztec language term was originally coined by mestizos, the mixed-race offspring born of the Spanish conquerors and indigenous peoples of Mexico, as they attempted to hold onto their rich cultures while living in new one. Today, nepantla can apply to the millions of Latinxs, like myself, who feel an “in-between-ness” in this land we call home.

Today’s rural areas increasingly reflect the demographic shifts that are reshaping the entire United States. According to the U.S. Census Bureau, Latinxs are the largest non-white population in the country and the fastest growing population in rural America.  In 2016, approximately 4 million rural residents identified as Latinx with half of these under the age of 25. By 2025, Latinx residents will become the largest rural minority in the U.S. Given the expanding amount of Latinx youth, it is critical for leaders, partners, and neighbors to recognize the unique needs of this population in order to effectively build inclusive and thriving rural communities. Successfully integrating immigrants strengthens a community and can yield positive socioeconomic outcomes.

These numbers may seem surprising to some who subscribe to the narrative that Latinxs live in urban centers concentrated across the Southwest. It is important to remember that we are not a monolithic group. Our backgrounds are beautiful, complex, and varied. The current influx of Central American migrants is due in part to increasing food insecurity and the degradation of a once robust agriculture industry brought on by climate change. Once arriving in the United States, these and other minorities settle in rural areas in pursuit of economic opportunities.

Budding Latinx communities have helped many rural towns slow down and, in some instances, reverse population decline trends. They also make up a vital part of the revitalization of rural economies. Latinxs supply much needed labor to industries such as agriculture and dairy farms, meatpacking plants, and manufacturing. A significant percentage of these jobs are typically low-paying with high rates of turnover and are consequently hard to fill with U.S-born workers. Without immigrants, some of these enterprises would be forced to relocate or shutdown. Additionally, Latinx-owned small businesses boost the local economy and provide a means for proprietors to establish themselves in a new community. An overall increase in residents keep schools, hospitals, and small businesses open and creates a larger customer base to attract retail and utility investments.

Across rural communities, varying attitudes and challenges accompany the arrival of ethnically and racially diverse residents. For many longstanding locals, it may be the first time they have experienced a significant amount of immigrant neighbors and cultural diversity. In my own experience, the privileges of being an English speaking, U.S.-born citizen do not exempt me from the impact of xenophobia. The fact that part of my family ancestry can be traced back over seven generations in New Mexico and Texas, still does not substantiate my “American-ness”. To some, I am still “other” – existing in nepantla. Anti-Latinx prejudice, which relies on the perception of all Latinxs as foreign “illegals” drives inhumane immigration policies, poverty, and educational achievement gaps. We must remember what is legal, moral, and just are not the same. When one neighbor endures discrimination, nuestra comunidad suffers.

Communities that proactively plan for demographic change will be better prepared to implement policies that will serve newcomers with a smooth integration into the existing society. For Latinx youth, critical services revolve around educational disparities, namely English Language Learning, access, and inclusion. Coupled with a cultural and language barrier, these young people (and their parents) understandably cannot be expected to innately comprehend and navigate the complexities of a new and foreign school system. While even a small change in population may contribute to real challenges, a partner-oriented approach can bridge cultural divides and enrich the local social fabric.

To encourage successful cultural adaption among immigrant and non-immigrant youth, culturally responsive interventions should be intentionally developed to meet the interests and needs of the Latinx community. Youth development programs can build social capital and strengthen ties to existing community networks and resources. Programming should be contextual and designed around the daily realities of its participants. If Latinx youth are actively involved in their own learning, they will be better positioned to develop into the future leaders of their new communities. In turn, diversity and inclusion training for white and other non-immigrant residents can build intercultural competence and provide opportunities to engage in conversation and self-reflection.

As the Latinx community contributes to the transformation of rural communities in the next several decades, how well individual towns fare will depend on how willing residents will be to embrace change and carve out a place for their new neighbors. If welcomed, a young Latinx population will mitigate the negative effects of an aging population and put rural towns on a path to prosperity. We each have a duty to lead from our shared experiences and form a blended community, where no one feels left out or in-between. When rural America invests in their Latinx neighbors, everyone benefits.