This is a guest blog post from Karen Fasimpaur. Karen is a proud rural resident and communications consultant who is also helping to coordinate the Rural Assembly 2018 convening. This post reflects her personal views, not necessarily those of the organizers. This is a part of an ongoing series on the topic of civic courage, which is the theme of the National Rural Assembly 2018 convening.

To me, civic courage means taking actions that are difficult and that involve significant personal risk in order to build stronger, more just communities.

In the borderlands where I live, nowhere is civic courage more evident than in the debates around immigration.

Civic courage can be seen in those who defend the rights and contributions of immigrants in the face of other forces that are aligned strongly against them. Courage is evident in those who offer food, water, and safe passage to immigrants who brave deadly conditions to come to the US. Even as law enforcement prosecutes humanitarian aid as a criminal offense, brave souls persist. Courage is evident in lawyers who defend immigrants who otherwise have no rights to a lawyer or due process.

Courage is shown when people stand up to say that everyone matters and should be treated with respect. It is recognizing that there is a continuum of situations, and that black and white and right and wrong are false dichotomies. Understanding that criminal acts are sometimes committed out of a desperation and frustration stemming from systemic poverty and violence is an act of courage. And sometimes even those criminal acts are acts of courage. 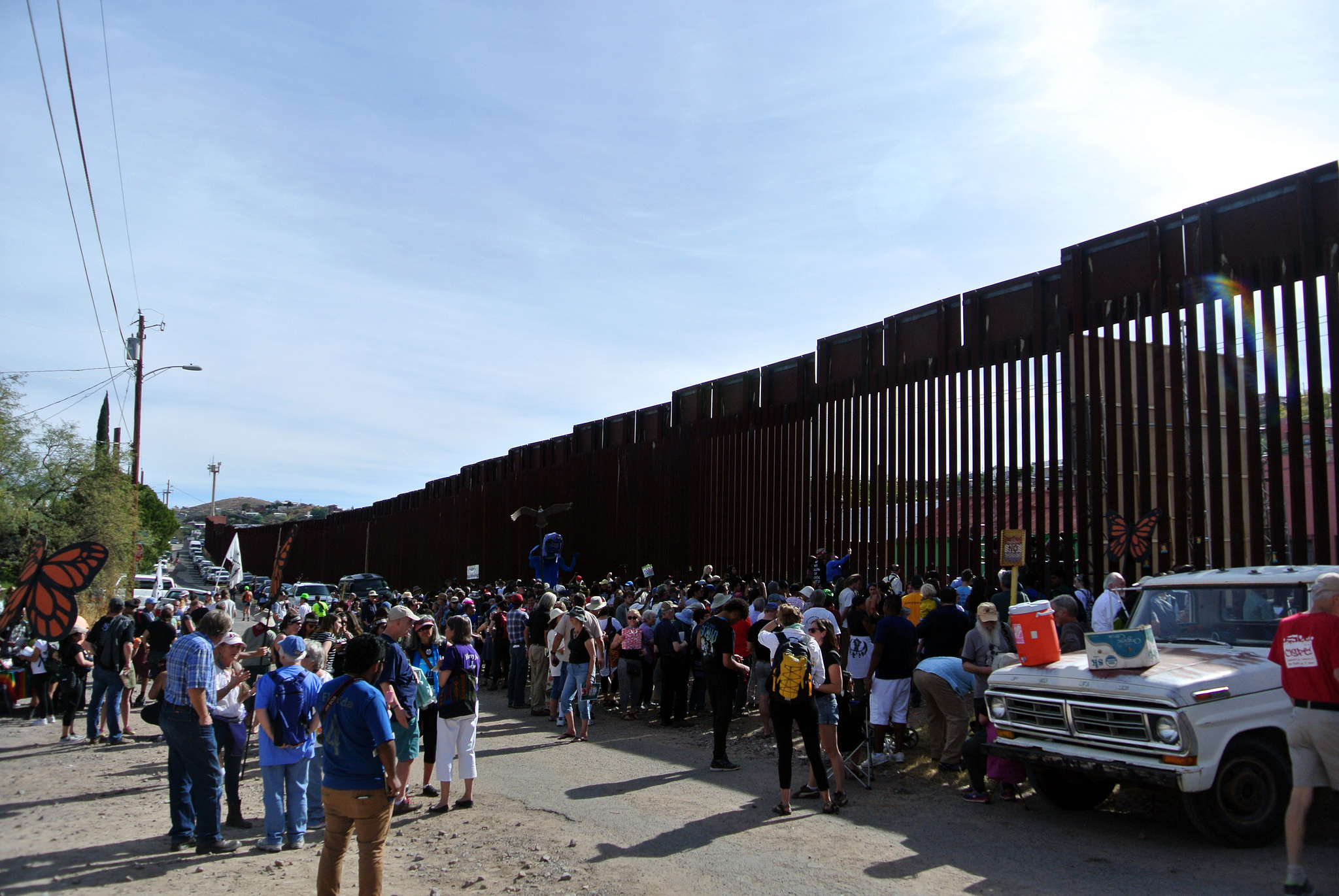 Courage can be seen in activists who protest government policies that steer immigrants toward more deadly crossing routes and fail to address the root causes of immigration. It is courageous to build community empathy rather than walls. Courage is shown by public officials who advocate for more humane policies and especially those who offer sanctuary and refuse to cooperate with policies they cannot support morally.

Most of all, civic courage is evident in the actions of the many immigrants coming to and living in our communities. Many immigrants cross the southern borderland desert in extreme heat and cold, through dangerous mountain territory, facing additional peril from those who oppose their presence or seek to exploit it. Thousands die every year making this crossing. To attempt the trip here, sometimes multiple times, is an act of courage.

Approximately 400,000 immigrants are held in detention in the U.S. each year. Some have lived in the U.S. with their families for years and simply want to continue their lives in what is their home. Those detained do not have the right to an attorney or other basic due process that any American would expect. Some spend years in detention, away from their families, waiting for a chance to resume their lives. This takes courage.

Courage is seen in the “dreamers” who were brought to the U.S. as children, who know this country as their only home, who have gone to school here and contributed to the fabric of our society. Every day,  these dreamers and their families risk arrest and deportation. They choose to stay because this is their home. Many are vocal and public about their status, their fears, and their love of this country, and this is perhaps the greatest act of civic courage.

What makes all of these examples courageous is that they are so difficult and filled with risk in the current climate of hate and discrimination. I am grateful for all of those who show courage and defend immigrants as valuable members of our communities. This civic courage makes our communities stronger and fills me with hope that the future will be more just.