This is a part of an ongoing series of guest blog posts on the topic of civic courage, which is the theme of the National Rural Assembly 2018 convening.

This is a definition of “civic courage” developed by youth at the YouthBuild USA Conference of Young Leaders in March, 2018.

Civic courage looks like persistent, dedicated, and determined people showing up and speaking up for themselves and for those in their communities who cannot speak. Courage looks like vulnerable acts, like overcoming anxiety to become connectors and bridge-builders. We all have it within us to be courageous for our communities. 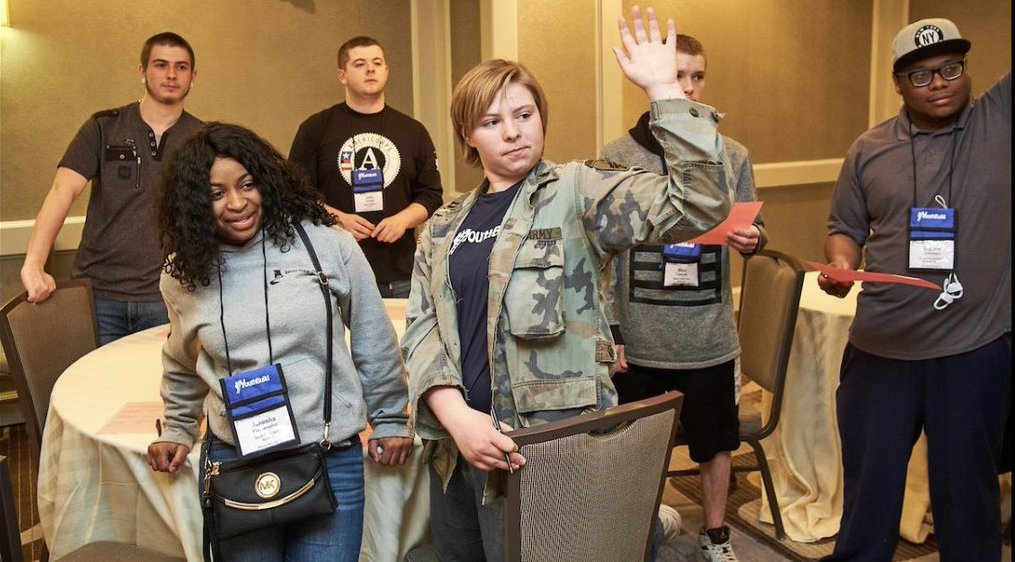 This is a guest post by Matthew Fluharty, a visual artist, writer, and field-based researcher living in Winona, Minnesota.

I believe that civic courage in rural America begins with an acknowledgement of the deep cultural history in our places — and rooting a path forward from those stories while also sitting with the harder — and often unacknowledged — stories of how the the places we live now were intentionally shaped by colonialism, slavery, and extractive industries. There is so much hope, innovation, and human spirit in our communities; there’s enough to look squarely at these legacies and create civic, economic, and cultural projects that include everyone and, in doing so, provide a model of engagement for our whole country. From that, I believe civic courage looks like folks making new friends at a barbecue, running for city council, or figuring out what to do with an empty storefront downtown. We get together in the same space, listen to each other, and make good things happen.

This is a guest post by Carol Blackmon, member of the National Rural Assembly Steering Committee and founder and President  of C B Enterprises & Associates, Inc., a consulting firm that supports nonprofit organizational development, program development, and special project management.

Building Civic Courage:The 2018 Rural Assembly banner is quite profound in what some may call revolutionary and scary civic times. As we are witnessing changes and rollbacks of policies that really made America “Great.” we must exhibit a special kind of civic courage. Federal rules have been changed on policies from climate change to the Tax System. Net neutrality has been killed. Our role and support in the Clean Power Plan has been eliminated and the methane gas rule related to hydraulic fracking has been delayed. Meanwhile, the Congressional Review Act has been liberally used by Congress to overturn policy following the required 60 day publication rule, to free employers from keeping records of accidents, assaults on immigrants, and overturned the number of guns that can be purchased by the mentally ill. The plethora of policies that have been changed, delayed and or eliminated go on and on.

And now, we come to the whole premise of flagrant voter fraud, being spread across the country but seemingly used mostly in small rural southern communities. Legal assaults are being perpetuated on targeted citizens using archaic legal maneuvering such as in Georgia where only the illiterate or disabled can be assisted at the polls. My friend and colleague was acquitted of this very crime after assisting someone to exercise their civic duty, to vote. As we hear these voter fraud stories, witness these policy deletions and changes, we should remain alert and engaged, show the courage of Olivia Pearson to be committed to the end.

So I say to Rural America when it comes to civic courage, don’t sleep through the revolution!